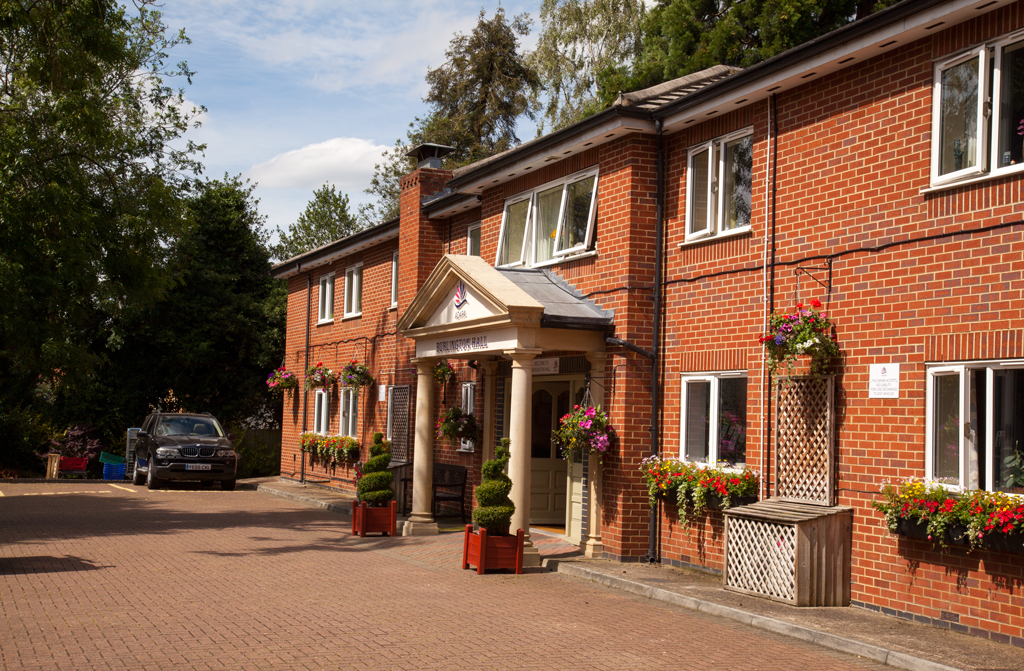 Posted on 13th June 2019 at 15:23
Our first barbecue of the summer was a great success, filled with music courtesy of 'our Graham', great food and laughter.
Read more

Posted on 14th November 2018 at 11:48
On Sunday, 11 November 2018 we hosted a memorial service to commemorate 100 years of the first world war armistice, in conjunction with the Royal British Legion.
The service was held in the grounds of the Home and many of our staff and residents braved the cold to take part in the very moving ceremony. The poppy display which had been created by our residents alongside the children of Fullbrook School, was proudly displayed in the front grounds.
The guest of honour, Mr Ronald Perry MBE, who has been resident at Burlington Hall since 2016 and is himself an ex Royal Marine, laid a wreath as a mark of respect to the servicemen and women who have laid down their lives protecting our country.
The Royal British Legion have kindly offered to donate a war memorial for Burlington Hall and to visit our ex-servicemen on regular occasions to offer company and support.
Click on this text to edit it. 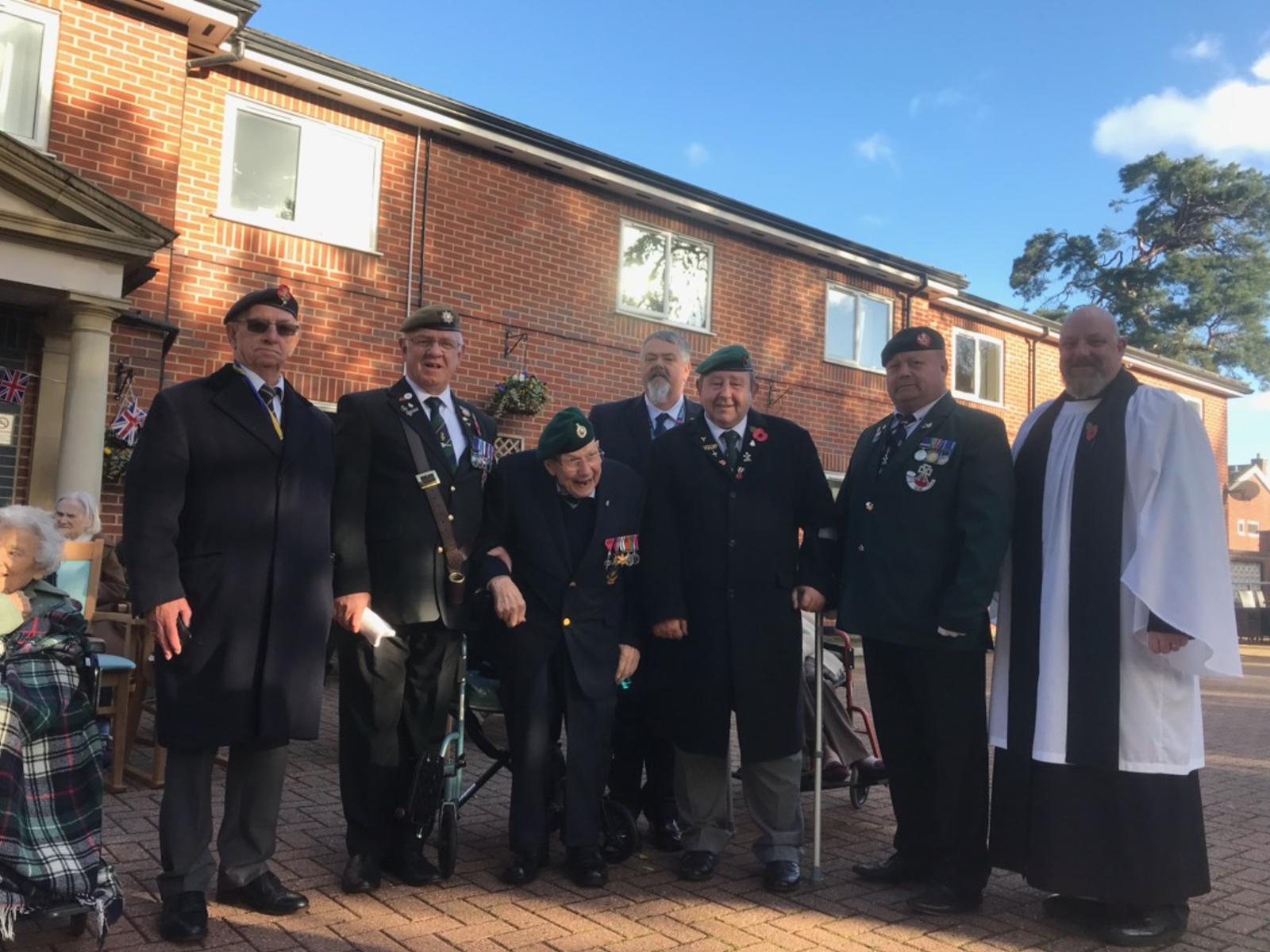 Click on this text to edit it.
Read more 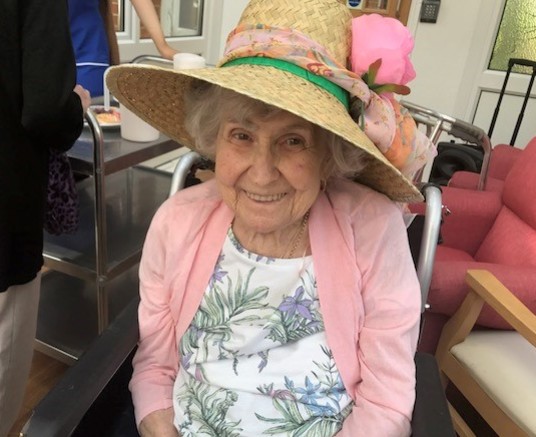 We celebrated Royal Ascot Ladies day in style at Burlington Hall.
We started the day off with our lady residents coming together to demonstrate their creative flair by designing their very own hats to show off at the afternoon music show.
Ryan Beange provided the musical entertainment at the garden party with an impressive ‘Rat Pack’ show, singing all the old time favourites from Frank Sinatra to Sammy Davis Junior.
We enjoyed pimms and strawberries before retiring inside to watch the race, where everyone had placed their bets in the sweepstake.
Read more